Large demonstrations around the world in support of Palestine.

Pro-Palestine solidarity marches are being held around the world in a continuation of week-long demonstrations in which protesters demanded that their governments impose sanctions and a military embargo to cut the supply of weapons to Israel.

Tens of thousands of pro-Palestinian demonstrators marched through London and other British cities on Saturday to protest Israel’s occupation of Palestine.

Some were draped in Palestinian flags and set off green and red smoke flares. Others carried banners declaring “Free Palestine”, “Stop bombing Gaza” and “Sanctions on Israel”.

Solidarity protests were also held in the United States, Spain, Italy, Iran, Somalia, Australia, France, and Germany, among others.

Israel’s 11-day bombardment of Gaza killed nearly 250 Palestinians, including at least 66 children, leaving behind many destroyed buildings, homes and infrastructure in the besieged enclave.

The fighting came to an end after the Israeli government and Palestinian fighter groups agreed on a ceasefire that started on Friday.

Previous The uneven killing fields of the Middle East By Thalif Deen
Next Israel’s endless war crimes in Gaza! Backed by Champions of human rights in US and Europe By Latheef Farook 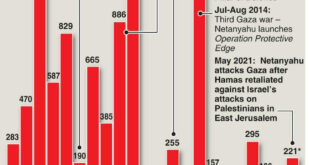 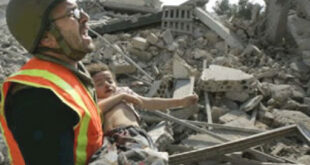 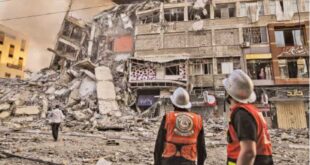 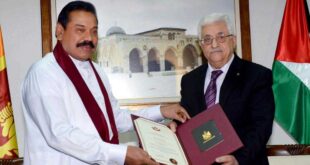