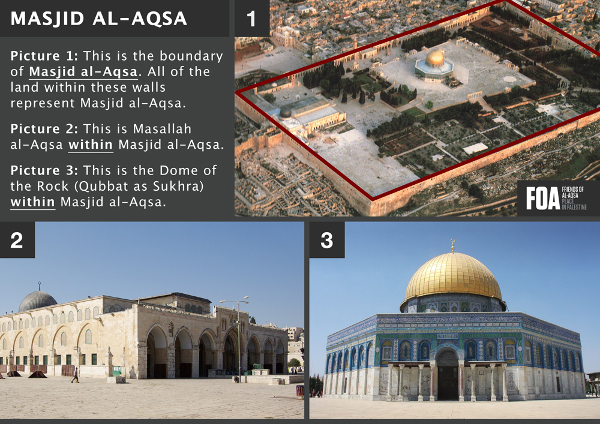 Masjid Al-Aqsa has always been dear to the hearts of Muslims, but how much do we know about Islam’s third holiest site and its history?

The Prophet (peace be upon him) advised:

“The believer is a brother of a believer, he safe guards his property for him, and covers his back.”

So while the connection of brotherhood in Islam is essential and most of us are aware of it, let us also recall an important symbol of that connection: Masjid Al Aqsa.

Unfortunately at present both the Muslims and Masjid Al Aqsa are under great occupation.

We should also remember the guidance of the holy Quran and of the Prophet (peace be upon him)  . Allah mentions whoever reveres the signs of Allah he has the piety in his heart. This is mentioned several times in the holy Quran.

Signs could be events, personalities, or days.

The Quran calls on us to get close to the signs of Allah, so that we may become conscious of Allah. All of these symbols strengths Imaan (faith) and attachment to Allah. This strength and love that are required of us is not about relics nor its about events on its own. But it is more about trying to find the straight path, aṣ-Ṣirāṭ al-mustaqīm, so that we may stay steadfast.

This is why Muslims now and in history have had great affection and affinity to the: water and well of Zam Zam, Al-Ḥajar al-Aswad (the black stone), The City of the Prophet ( peace be upon him); Madinah, and Holy Quran among many other things.

These are all signs or symbols of Allah and submission to Him, and we must be very close to them. Yet one of the greatest symbols of Allah, Masjid Al Aqsa, unfortunately that is under occupation today. We need to build our ties to this great symbol of Islam as part of strengthening our relationship with Allah.

One of the verses I referred to earlier about Allah’s symbols is in Surah Hajj 22:32:

“That [is so]. And whoever honors the symbols of Allah – indeed, it is from the piety of hearts.”

When someone shows respect and honor by taking care of the symbols of Allah that is inner piety, it shows that he’s possessed of some degree of taqwa (God-fearingness).

My brothers and sisters it is with great pain that we have to recall despite all of the foregoing that the third greatest symbol of Islam today is under occupation.

Al Aqsa also known as Al Haram as Sharif, is the holiest site in Jerusalem, which Muslims refer to as Al Quds. It has been used as a place of worship, residence, and meditation by many prophets and pious individuals. Al Quds is located in the blessed land called Sham.

Glorious is He (Allah) Who took His servant for a journey by night from the Sacred Masjid (in Makkah) to al-Aqsa Masjid (in Jerusalem), whose precincts We have blessed, in order that We might show him some of Our Signs: for He is the One Who hears and sees (all things). [Quraan, Al-Isra 17:1]

The land of Sham (modern day Lebanon, Syria, Jordan and Palestine) more generally has a very rich Islamic History. Many prophets have lived in these areas and are also buried there. In the life of the Prophet (peace be upon him) and also after the demise of the Prophet (peace be upon him) many great events and battles took place in the land of Sham. In these battles many companions became martyrs, and after the battles many companions settled in the land of Sham. The land of Sham has also been home to many great scholars such as the great Imam Shafi`i, who was born in Gaza, Palestine.

In the lands of Sham Al-Quds, or Jerusalem, is the focal point for individuals of the three Abrahamic faiths. It has withstood attacks from many leaders and it is till today a city that is close to the hearts of millions.

The holy city of Al Quds is referred to by several names: ʼĪlyāʼ, Bayt Al-Maqdis (the Holy House), Al Quds (the Holiest Place).

The city of Quds now extends to something like 45 square kilometers. Within the city of Al Quds is the old city, where major historical events took place, and within the old city on the south-eastern corner is the Haram al-Sharif.

Many people wrongly believe that it is only the Al-Aqsa Mosque (dark dome) or the Dome of the Rock (gold dome) that is sanctified. In reality the entire land of the Al-Aqsa sanctuary is a blessed land.

It is a site blessed by Allah made to be one of the most holiest areas on earth where angels descended with Allah’s revelation to chosen prophets. Masjid Al Aqsa is the site of the most fantastic and incredible journey undertaken by the Prophet Muhammad (peace be upon him) during the night of Al-Isra’, al-Mi^raj when he (peace be upon him) was taken up to the heavens by the command of Allah.

This revered site of Al Aqsa was also the first Qibla of Islam. Before Allah inspired the Prophet (peace be upon him) to change it towards the Holy masjid in Makkah.

The holy Sanctuary of Al Aqsa was the second house of Allah being built on planet earth by prophet Adam after the Kabah in Makkah.

The very sanctuary of Al Aqsa is where Maryam, the mother of Isa, was mediating, and this is the very place where angels came to her and provided her with the news of a miraculous conception of the birth of Isa (Jesus – peace be upon him).

These are some of the many incidents that took place around the Masjid Al Aqsa sanctuary which illustrate its high and lofty status with Allah and thus in the hearts of Muslims throughout the centuries.

To reflect their devotion, Muslims of previous generations have constructed the most fantastic places of worship within Al Aqsa sanctuary. They have maintained it by investing their  wealth, energy,  resources, and lives  to protect Al Aqsa sanctuary.

The Aqsa sanctuary covers an area of approximately 35 acres. Within this area, at the southern end is a masjid with a black dome that is also called Masjid Al Aqsa or Masjid al-Qibli. At the center of Al Haram al-Sharif sanctuary is the golden domed masjid called Qubbat as-Sakhra (dome of the rock).

Within the Al Aqsa sanctuary there are 42 other monuments and buildings, its has become a common practice to refer to the whole area as Al Aqsa sanctuary or Al Haram al-Sharif, and the black dome masjid as masjid Al Aqsa.

It is very important for us to make a distinction between Masjid Al Aqsa, the sanctuary and the masjid within it that is also called Masjid Al Aqsa or Masjid al-Qibli, or Musalla Al Aqsa.

It is extremely important to appreciate that it is the land of Al Haram al-Sharif is the most precious and blessed. When Allah in the holy Quran in Surat Al-‘Isrā’ refers to “Masjid Al Aqsa”, the meaning of “masjid” there is “a place of prostration”. The meaning is the entire Al Aqsa sanctuary with ALL is buildings and places and not merely any one of the buildings.

Although the buildings within it are of course are extremely important including both the Dome of the Rock and the black Domed Masjid (the Masjid Al Aqsa/Masjid al-Qibli/Musalla al Aqsa) are of great historical significance, still one must understand that it is all the land of the sanctuary that we are referring to, when we talk about the Masjid Al Aqsa.

The glorious dome of the rock known as Qubbat as-Sakhra, captivates the landscape of Al Aqsa sanctuary, and has done so for 100’s of years.This is a testimony of Muslims devotion to Al Aqsa sanctuary. 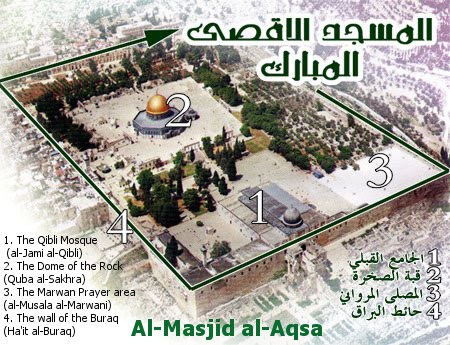 In recent years the reopening of Musalla al Marwaani, has maintained the tradition of looking after Masjid Al Aqsa even in adversity and under occupation.The love and the sacrifice of the pious predecessors indicates the importance and centrality of Al Aqsa sanctuary.

However there are healthy debates within the Muslim ummah, whether the Al Aqsa sanctuary can be referred to as the haram or not.The various views includes Al Shafi’i (R.A) and Al-Shawkani (R.A) who regard the Al Aqsa sanctuary as a Al Haram, but others think only Makah and Madinah are haramain.Yet others consider only Makkah to be the Haram.

Yet regardless of its status as Haram or not, no one can dispute the great virtues and blessings and holiness of Al Aqsa sanctuary.

The debate in no way undermines the eminence and central position Al Aqsa sanctuary occupies for the Muslim Ummah as one of the most holy sites on earth.

A FEW FACTS REGARDING MASJID AL-AQSA:

Jerusalem is a city that is sacred to Muslims, Jews and also Christians and should be accessible to all.

WHAT CAN WE DO FOR PALESTINE AND MASJID AL-AQSA? 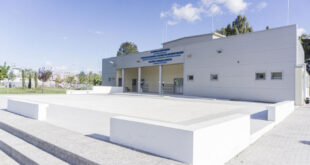 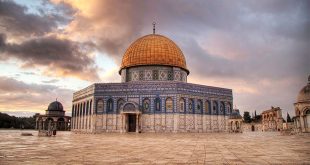 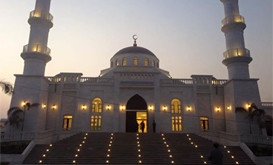 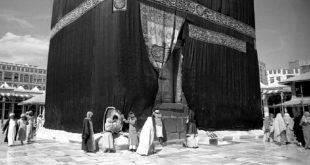