The city of Colombo is being beautifully transformed. Its skyline is marked with high rise towers. Over the centuries Colombo City has boldly withstood the victories and vicissitudes of life. She stands strong like a grand old lady, adapting to the digitally dominated lifestyle of her citizens.

As we know we are bestowed with 15 Municipal wards. Among these multi-cultural wards Slave Island or Colombo 2 is one of its most vibrant. For many decades Slave Island has been bursting with life and is beautifully embellished with history from the Old Ceylon era. This busy area projects a multi-religious community living in unity.

One of its significant landmarks is the Beira Lake, which for three centuries was a formidable defence for the Colombo Fort (present day York Street formed the rampart of the Dutch Fort). The lake was also a part of the transport

network of inland waterways, which connected many towns. Built by the Dutch engineer De Beer, it was named The Tank (De Tangh). Some argue that it was only in the city map of 1927 that this waterway was named Beira Lake. Many citizens of Colombo are not familiar with how this area became named as Slave Island. Centuries ago when the VOC – Dutch East India Company was dominating Ceylon, they had hundreds of slaves in Colombo. These slaves were a segregated community. It is said that a slave had once managed to murder an entire Dutch family in Colombo named Van de Swan, in a fit of rage. This act had caused great panic among the Dutch families, which resulted in the slaves being kept overnight in Slave Island. There is an oral tradition which says that the Dutch soldiers introduced crocodiles into the green waters of Beira Lake, so that the slaves would not attempt to swim and escape.

Early in the morning, the slaves would be ferried back to work in the Fort. The former Bristol Hotel located past the Slave Island Railway Station was the area where these slaves boarded the ferry. One can hardly comprehend that such degrading treatment took place in Colombo. Subsequently, the British gained control of Ceylon. With time many of these slaves of African origin (mainly from the Mozambique region) moved toward Puttalam, Negombo, Trincomalee and Batticaloa. I have previously written about one of these last remaining African-Sri Lankan families living in Puttalam. For a decade Slave Island has had a large Malay community, and subsequently, the Muslim community (Moors). There were also residents from Afghanistan. It is said the early penurious Afghans were brought to Ceylon to work as horse keepers by the British. Decades later many Afghans prospered as money lenders displaying prudent business acumen. I have heard they engaged in a horse-mounted sport called Buzkashi – goat pulling. In 1918, when the Money Lending Ordinance was enacted, these Afghan money lenders could not engage in business and left Ceylon.

The dominating Dutch had a regiment of soldiers of Java origin who were brave men. These tough Javanese soldiers were later garrisoned in Slave Island. As the years progressed the Java soldiers remained in Ceylon and took to various forms of business and trading.

The road bearing the name Rifle Street in Colombo 2 is evidence of the presence of the Malay Rifle Regiment. To date many men from the Malay community have served with integrity and gallantry in the Armed Forces and Police.

The Rifle Barracks building in Colombo 2 was once used as the Regimental Headquarters of the Ceylon Rifle Regiment. In 2006, it was carefully restored and presently houses the Defence Services School.

Java Lane in Slave Island is another example of the strong Malay presence. The Malays called Slave Island as Kampong Kertel. Sadly, with time and development, Java Lane and the families of those pioneer Malay residents are no more. When we walk along this street today we can see a massive multi-storey housing complex.

Another iconic landmark from vintage Ceylon is the Kompanni Veediya train station, which was built in 1870 by Governor William Henry. It has hints of Victorian era embellishments. The station’s name, taken from the local vicinity was coined in 1866 when the Colombo Ice Company was established. Local residents began using the term ‘Kompanni Veediya’ to describe the “company” located on this road. In 1913, as the Ceylon Railway made progress it became the first railway station to have a double platform. It is said that this station was built to mirror a station on the Liverpool – Manchester line in the United Kingdom.

My friend Terry and I decided to walk along the streets of present day Slave Island. Walking along Malay Street we took the second turn to New Ferry Lane (remember the slaves were ferried from this point during the Dutch rule of Colombo). I met up with Kabeer Haji, the owner of an authentic Malay food outlet. Since 1988, his grandmother had operated this home-based business, which to date is patronised by mercantile workers and lovers of Malay food. On display was their signature meal – pittu and babath curry (tripe). Malay dishes have gently influenced Sri Lankan cuisine with culinary gems like the delicious Malay achcharu (pickle).

We strolled down Sri Murugan Street, where the famous Sivasubramania Swami Kovil rises majestically. This beautiful Hindu Kovil, built 125 years ago, has been a beacon of hope to Hindu devotees across Colombo. Its gopuram (tower) is somewhat hidden today in the shadow of new buildings. A few feet away stood another iconic building – the Nippon Hotel. This was once a stellar property occupied by foreigners and remarkably is still in operation. Crossing at the pedestrian line one enters the Catholic Church dedicated to Infant Jesus. On Fridays, the mass is attended by hundreds of City workers. The Holy Rosary Church has been venerated by people of all faiths. Across the placid waters of the lake, the Gangaramaya Temple stands in all its splendour. To its east, a short distance away is the Seema Malaka, the shrine positioned in the lake.

Circling and walking back to the next intersection, we reached Wekande Road where a spectacular mosque comes into view. This mosque had been built in 1876, and the land was purchased by a Javanese nobleman named Pandan Bali. We met the resident Moulavi (priest) and another senior resident named Careem. Born and raised in Slave Island, Careem proudly explained, “This is a unique ward in Colombo. Look around you, where else would you find a Buddhist Temple, Church, Hindu Kovil and Mosque in such proximity. We all live in harmony. We are one united family, and have lived this way for decades.” Indeed grand old Slave Island has so much history. This old mosque is almost 240 years old. On Fridays, around 2,500 people attend Jumma prayers. The Masjidul Mosque is another famous mosque.

After this conversation, we navigated through Church Street, named probably after the Christian school – Holy Rosary School built here in 1890. The statue of Our Blessed Lady stands against a bright blue wall. Slave Island has many vintage street names which show its British influence – Stewart Street, Vellons Passage, Kew Road, Glennie Street, Chapel Street and Dispensary Street. Coming back to the Slave Island junction it was time for a cup of tea. We walked into a bakery that still made their bread and buns manually. It was nice to observe the old bakers kneading the dough by hand. I was reminded of a quote by Fyodor Dostoevsky “We sometimes encounter people, perfect strangers who begin to interest us at first sight, before a word has been spoken”.

Slave Island is also a culinary paradise for the discerning gourmet. There are ‘night kadays’ (shops) that operate till midnight, selling an array of food from burgers to chicken kebabs. We tried watermelon and lime sherbet which was refreshing. We walked towards the train station. I gazed at a patch of land where the Castle Hotel once stood for almost 140 years. This was a restaurant and had a working-class bar, which attracted an assortment of men. The rice and curry served here captured the aroma and flavour of refined Sinhalese cooking. As we crossed the road we encountered a man walking his half-breed horse. This chestnut brown horse is often seen at Galle Face Green, where children enjoy a paid ride. Some seniors have told me that decades ago these animals were brought to Colombo from Mannar and Delft Island. Over years of inter-breeding, they have produced a sturdy breed that stands somewhere between a horse and a pony. The old town of Slave Island is testimony to Sri Lankans residing in peaceful coexistence. Deeply rooted in history its story must be preserved for new generations. Cultural differences should not separate us. Our cultural diversity can build bridges to enrich humanity.

Previous Canada anti-Muslim attack: ‘It could have been any one of us’
Next Federation of Sri Lankan Muslim Associations Qatar (FSMA-Q) Donates Medical Oxygen Cylinders 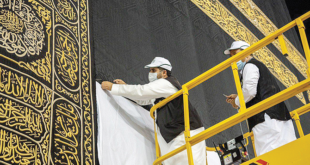 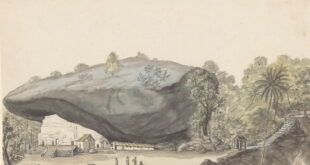 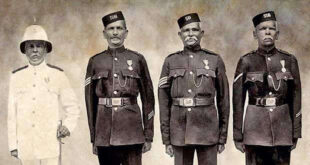 The valiant Malays of Sri Lanka 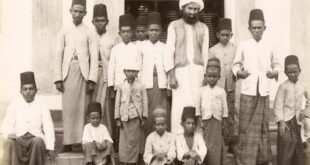 The Afghans in ‘Ceylon’ – Our amazing history