At a time when calls for reforming the Muslim Marriage and Divorce Act (MMDA) are getting stronger, we find a devious move to scuttle the reform process altogether by some UK-based bigots obsessed with depriving our Muslim women here of a basic human right.

One such is the so-called ‘Strengthen MMDA’ movement and their mouthpiece, a woman going by the name of Shifana Sharifudeen who instead of fighting for Muslim Rights in the UK are championing a lost cause here.

The issue at heart here is the consent and legal capacity of a Muslim woman to enter into a marriage contract at her own discretion. The present MMDA does not allow an adult Muslim woman even in her thirties to contract a marriage without the permission of her Wali or ‘Marriage guardian’ who is an agnate relative such as father or in his absence her brother. That this is a violation of a basic human right any reasonable person would agree.

The reforms envisaged include getting the written consent of the bride and from what we gather dispensing with the need for the marriage guardian to sign the marriage register. Proposed reforms put forth by more reasonably-minded Muslims include allowing the bride to appoint her wali rather than putting her at the mercy of an agnate in this connection. In fact, a proper study of Islam shows that the wali is actually an agent of the bride who contracts the marriage on her behalf and with her consent. This is why most Muslim countries have entrenched the right of the adult Muslim bride to contract marriage at her own discretion and appointing a wali, be it her relative or any other person of her choosing to do so. This meets the Islamic requirement and addresses a basic human rights concern.

It was in order to sabotage this move, that the reactionary group ‘Strengthen MMDA’ recently issues statements and videos against these changes. So let’s see what motivates these people to take such regressive actions in sabotaging the reform process. They have been told that Islam clearly upholds the right of a Muslim woman in this connection, a fact supported by both the Qur’an and the Sunnah, or traditions of Prophet Muhammad (Peace Be Upon Him). So what motivates them?

We have plenty of these types in our community, insecure men who take pleasure in subjugating women and trampling on their very basic human rights. The only reason they do this is because they are thoroughly insecure about women making independent choices. This of course badly reflects on their manhood because it’s always a weaker, more vulnerable segment they want to trample and walk over, which is of course the women.

Another is a misplaced misogyny. They believe women are not intelligent enough to make a free choice in a matter like this. Of course we know that Muslim women today are actually more intelligent than Muslim men in a lot of ways and this becomes apparent in any social media platform to start with. It’s also pretty obvious in their educational level where in every university we have Muslim females outnumbering Muslim males. So this is not a valid argument at all.

Yet another is the immaturity of these men. When they think of an adult woman, they are always thinking in terms of a minor 16 year old girl and her eligibility in marriage. So basically these guys look at an adult woman with a head of her own as if she were a young girl entering sixteen or so. Even retarded is not sufficient a word to describe this mentality.

At the same time we have some very immature, irresponsible women supporting the same. They believe that a Muslim woman should not be given the right to choose her partner. There are reasons for this of course and these only reflect their absolute immaturity.

Firstly, by assuming that their fellow women are not intelligent enough to make such an important decision, they are questioning the intelligence not only of other women, but their own intelligence as well. They are simply saying “Hey look, we don’t have the brain to make a choice, let my father or brother make it for me”.

Secondly, they are weak and pathetic. They think that when her kinsman gives her away, he would always be watching over her. In fact one argument I have heard is that when her kinsman consents to the marriage and gives her away, it implies he is giving her to the groom with a warning as well. That he’ll be coming after him if the marriage turns sour. What a pathetic argument. These types are so insecure even about the man they are marrying. Even when they enter into matrimony it is this that is in their heads. There is a lack of love and trust between her and her man because psychologically she is attuned to the fact that her guardian would stand up for her, even at the expense of her husband whom she is duty bound to love and obey. Which honourable, self-respecting man would want to live with a woman who has this attitude? Is it any wonder that the marriages of these immature women end up in the rocks?

Thirdly, they are utterly irresponsible. For one thing, if they are not happy with their men, they put the blame on their fathers or other relatives. In fact I know of one married woman who was having an affair with another man, and I questioned her about it, only to be told that her husband was NOT HER CHOICE, BUT HER FATHER’S. Imagine that, we now in Islam that both a man and woman freely enter into marriage on their own free will. If they commit adultery, they have a price to pay, and a heavy price at that. In other words, both spouses have a duty to safeguard the marriage bond, and to turn round and say after all those years “I did not have a choice” is pathetic to say the least!

For another, these women think that if the marriage turns sour or ends in divorce, they could always run back to the homes of their fathers or brothers because they were the ones who gave her in marriage in the first place. They need to ask themselves is this a healthy attitude they are having? Marriage is all about understanding the other and giving in and sacrificing. This of course works both ways. It is only when one learns and respects the likes and dislikes of the other, that the marriage can over time reach the equilibrium so necessary for its continued existence. So to disregard this ideal in place of a mistaken notion that they can always go back to their kinsmen and get another marriage contracted by them is unhealthy to married life to say the least. It is also an additional burden on their own menfolk, taking in such a fickle-minded woman.

So now you know what drives these people. Let alone marriage, they are not fit to exist in society! 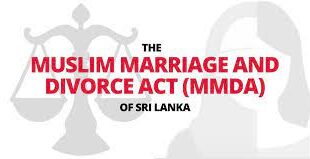 MMDA reform process: A step without transparency and in the wrong direction By Javid Yusuf 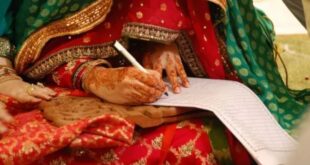 MMDA: Will The Cabinet Be Judiciously Cautious? By Mass L. Usuf –