Save the date: Ancient fruit set for 2027 UN honor after KSA bid

JEDDAH: In a bid to promote the economic benefits of dates and their production, the UN Food and Agriculture Organization (FAO) has approved the Kingdom’s campaign to declare 2027 as the International Year of Dates.

Driving into a palm oasis in the Eastern Province, one begins to understand the reasons behind the campaign.
For years, Saudi Arabia has been associated with dates, as they are an important and strategic national product and an important source of food that offers plenty of economic gain.
The FAO Council approved the recommendation of the Committee on Agriculture at its 27th session in Rome during its 165th session held from Nov. 30 to Dec. 4 from which Saudi Arabia formally requested to establish an International Year of Dates in 2027.
Earlier in September, the action plan was approved to establish the year at the request of Saudi Arabia, and it will be presented to the UN in New York to receive final approval during the upcoming UN General Assembly session.
According to the FAO, the world production of dates in 2016 was valued at about $8.4 billion, while the global date trade amounted to about $1.2 billion, providing a major source of export revenues and protecting the livelihoods and incomes of millions of rural smallholders.
The FAO also said that through the economic activities they generate, date production and trade can make a positive contribution to the achievements of the 2030 Agenda for Sustainable Development and a number of Sustainable Development Goals.

• The date palm is probably the most ancient cultivated tree, dating back to 4,000 B.C. It has been linked to ancient populations, including Sumerians, Akadians and Babylonians. — FAO

• The world production of dates in 2016 was valued at about $8.4 billion, while the global date trade amounted to about $1.2 billion.

• In 2019, Saudi Arabia sponsored a side event during the FAO’s 41st session to increase awareness, and promote discussion and partnership opportunities among date producing and importing countries.

The reliance on dates for livelihoods and export earnings highlights the necessity to understand the fundamentals that drive the market, as well as to identify opportunities for expanding demand and trade.
In 2019, Saudi Arabia sponsored a side event during the FAO’s 41st session to increase awareness, and promote discussion and partnership opportunities among date-producing and importing countries.
Discussions involved various angles, including an emphasis on the extra nutritional value and bioactive properties of the fruit, the commercial uses of dates and palm tree products, the potential of dates to deal with the global challenge of hidden hunger, and the Kingdom’s proposition to name the date as a “superfruit.”
This does not come as a surprise, as in Saudi Arabia, and across the region, dates hold a place of honor in national cultures and cuisines. Platters of dates adorn tables in homes and businesses to welcome guests, and they are used domestically all year round.

Distribution of palm trees per region:

With over 100 types of dates to choose from, Saudi Arabia is the second leading date exporter and producer in the world, making up 17 percent of global production.
About 31 million trees dispersed across the various regions of the Kingdom produce more than 1.5 million tons of dates annually. Last year, about 184,000 tons of dates were exported, with a value of SR860 million ($230 million).
Led by the Ministry of Environment, Water and Agriculture (MEWA), and in cooperation with the Saudi Food and Drug Authority, various programs and initiatives have been established to ensure that the quality of dates produced in the Kingdom meets international standards. From monitoring levels of pesticide residue to testing, production quality is rigorously tested. Export demand rose significantly in the past year as the Kingdom achieved a local sufficiency of 125 percent.

MEWA said the significant result came after numerous meetings between the ministry and FAO officials on the economic and social importance of dates.
The FAO Council said that establishing an International Year of Dates raises awareness of the sustainable agriculture of date palms in various climates due to their wide genetic diversity and ability to adapt to different environments and market demands. The group also stressed the urgent need to raise awareness of the economic benefits of dates.
It is no surprise that local use would be so high. Dates have been a staple food of Arabs and nomads of the desert for thousands of years. Known for being rich in vitamins and antioxidants, the fruit has been cultivated for their nutritional and economic value. They can turn harsh, dry environments into lush oases.
All parts of the date palm were and can still be used to produce a variety of products that include handicrafts, mats, rope, furniture and more, the FAO said.
Dates have and will continue to be an important crop in Saudi Arabia today. The ministry aims to increase the volume of Saudi date exports, reaching 200,000 tons by the end of 2020.
It also aims to rank first worldwide in date exports in 2021 by increasing the percentage of exports by 12 percent.
MEWA and the National Center for Palms and Dates are working to facilitate export procedures and open marketing sales outlets worldwide to export Saudi dates to all countries of the world, contributing to Vision 2030 by increasing Saudi Arabia’s non-oil exports.
This helped raise the value of Saudi date exports by 8.5 percent during the first half of 2020, reaching SR549 million.
Beginning in 1959, the UN began a tradition of designating specific days, weeks, years and decades as occasions to mark particular topics and promote — through awareness and action — the objectives of the global body, some that could later be adopted by the General Assembly.
The International Year of Dates will aim to provide the right tools for economic growth and move beyond modern trade by utilizing the oldest known cultivated product known to man. 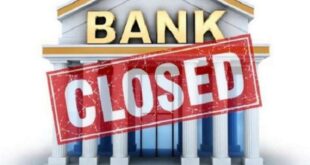 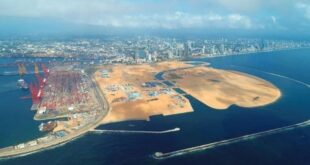 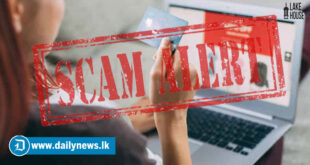 The Central Bank of Sri Lanka said that, it received information regarding several types of …