These three volumes which are a collection of the parliamentary speeches of three leading Muslim political leaders representing different generations and political eras in national politics is a labour of love on the part of the Minister of Parliamentary Affairs and UNP MP A. H. M. Azwer, himself one of the most quixotic and colourful politicians of our time. 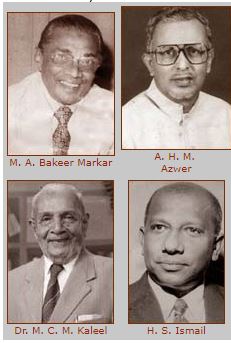 Although Mr. Azwer’s primary intention might have been to offer us an insight into the minds of these Muslim politicians and hence the evolution of Muslim politics in the country these books are also indirectly a reflection of the course of national politics since political Independence. Of particular interest to the students of national politics will be the debates of the 1956 Parliament over which Mr. Ismail presided and which we will return to later.

This was the time when there were few professionals among the Muslims and the community was identified mainly with commerce. D. Kaleel was one of the few professionals most of whom were drawn from upper middle class families who had had access to an English language education.

Born at the turn of the last century Dr. Mohammed Cassim Mohammed Kaleel was a Ceylon Moor who first entered politics as a member of the second State Council in 1936 as member for Colombo Central.

He continued to be a Member of Parliament of the UNP from the first Parliament of 1947 and continued till 1964 and did much to perpetuate the UNP’s hold on the Muslims in this multi-ethnic and multi-religious three-member constituency which constituted the heart of the Colombo working class, a hold which was breached only in 1977 by the SLFP’s Halim Ishak who died recently.

“If Hon. Members examine the position of the various countries I am sure they will see that State Capitalism is not the same as socialism. Various European countries like Britain have realised that the mere taking over of the possession of the means of production, distribution and so on will not lead to socialism but that it will ultimately lead to state capitalism. We must therefore beware that this Government is unwittingly being led into this form of totalitarianism. I hope that the Government will very soon realise this and see that society is properly organised, that it helps the various groups to produce and increase the wealth of this country.

With former Speaker Bakeer Markar (to whom Mr. Azwer acted as Private Secretary) we are in a different time when national politics had increasingly come to overide sectional politics. Mr. Bakeer Markar spanning the 1960-77 period in Parliament with a break in 1970 also represents a transition from the socialist-oriented autarchic economy of the Sirimavo Bandaranaike Governments of 1960 and 1970 to the open market economy of the UNP in 1977.

Also as Speaker of Parliament from 1978 to 1983 and Deputy Speaker for a year previously Mr. Bakeer Markar was also called upon to preside over a Parliament which was somewhat truncated by the awesome centralised powers of the Executive Presidency during the reign of President Jayewardene.

With Mr. Ismail who presided over the momentous 1956 Parliament of Prime Minister S. W. R. D. Bandaranaike we are back to those tumultuous times where much of contemporary history was made and whose resonances, whether for good or ill, we can still bear in national life. Mr. Ismail who was UNP MP for Puttalam in the first and second Parliaments however contested the 1956 General Election to the third Parliament as an Independent and was unanimously elected Speaker of that Parliament.

That was a veritable theatre of the giants and one of the best debates in any of these volumes is the debate on the Public Security (Amendment) Bill in which 12 MPs were carried out of the chamber.

In this debate sparked off by the then Government’s measure to augment the Public Security Bill in the light of escalating Sinhala-Tamil tension in 1958 we hear the giants such as Mr. Bandaranaike, the maverick Vavuniya MP C. Suntheralingam, the then Dehiowita MP Edmund Samarakkody (Opening the debate for the Opposition), Mr. Bernard Soysa making a characteristically cogent contribution and Mr. M. D. Banda speaking for the then depleted UNP Opposition flavoured with typical ripostes from the irrepressible Robert Gunawardena.

There is also a long and sometimes bitter exchange between Mr. Suntheralingam and the then Minister of Transport and Public Works the late Maithripala Senanayake.

With their numerous photographs and photocopied reproductions from newspapers these volumes are not only a record of the life of three Muslim politicians but also a slice of political life of our times.

By producing them (more we are told are in the pipe-line) Mr. Azwer has proved that he is not merely an accomplished heckler turned Cabinet Minister but also a student and chronicler of national politics, in short the archetypal political 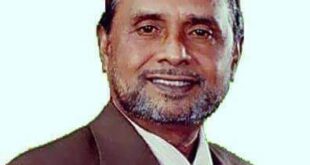 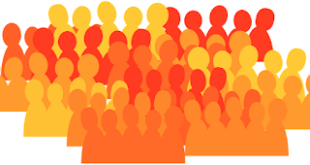 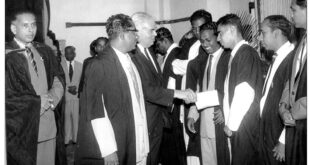 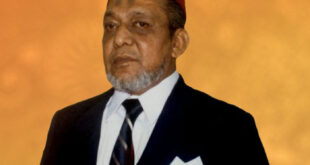