It is hardly necessary to explain to Muslims in any country the importance and usefulness of the Arabic language to them. As far as the Muslims in Sri Lanka are concerned a little thought on this subject would show that the adoption of the Arabic language by them is of very great importance and may even go to the extent of saying that their future well being is intimately connected with the Arabic language. The vast majority of the Muslims in Sri Lanka have been using the Tamil language as their home language. With the spread of English education, a number of families began to learn English. When Sinhala was made the official language after the Independence, many Muslim families not merely to make their children study in the Sinhala medium but also adopted Sinhala as their home language. One can, therefore, foresee a future of the Muslim community in this country getting linguistically divided into three groups, namely Tamil speaking Muslims, English speaking Muslims and Sinhala speaking Muslims. The ill-effects of these divisions may not be seen immediately but say in about twenty five years’ time. People who are familiar with the philosophy of cultural changes will readily accept that this division will not remain merely on the basis of language alone. It goes further. It would result in cultural divisions also. A language, as everyone knows, is the vehicle of a philosophy of culture. For example, English language is Christian culture, Tamil is Hindu culture and Sinhala is Buddhist culture, just as Arabic is Islamic culture.

The Muslim community in Sri Lanka getting thus divided on the basis of language would inevitably result in them embracing the culture of the language they speak.For the cultural advancement of the Muslims, their knowledge and use of Arabic is imperative. As far as the Muslims are concerned, their culture is not derived from the race to which they belong but from the Holy Qur’an to which they have to commit themselves totally. In other words, the culture of the Muslims to whatever race they may belong is Qur’anic culture. Adoption of the Arabic language by the Sri Lanka Muslims will therefore, not only provide for their cultural advancement, but also arrest falling into three streams of language and thought and bring about oneness of outlook.

Presently Muslim children are taught to read the Holy Qur’an without understanding the meaning. When the Arabic language becomes popular and every home speaks Arabic, the Muslims will understand the meaning of the contents of the Holy Qur’an and whatever they recite in their prayers.

Ibn Khaldun, the father of sociology and the first scientific historian is reported to have said that to succeed in an effort to adopt a language, three elements must be present – the urge of the religion, political advantages and economic prospects. In this move to popularize Arabic on the part of Sri Lanka Muslims, we find that all these three elements are present. Arabic is the language of the Holy Qur’an, it is the language of the Prophet (May peace and blessings of Allah be upon him), it is the language of our prayers. It is the language that would lead the Muslims to the storehouse of Islamic knowledge and bring them into contact with the vast literature that is coming out in the Arab lands of the Middle East and North Africa.

In many Muslim countries we find that the International conferences are gradually adopting Arabic as the language of the conferences. There is already evidence that very soon delegates to these conferences from various Muslim or minority countries would not be able to meaningfully contribute unless they are capable of addressing the conferences in the Arabic language.

In Sri Lanka besides the Moors, there are Malay Muslims, Memon Muslims, Borah Muslims and others. Adoption of the Arabic language therefore, by the Muslims of this country will bring about cohesion and unity and extinction of race consciousness a fundamental requirement of Islam.

Some men of shorter vision may think that it is a difficult task to make the community adopt the Arabic language as their home language. However on an intelligent survey of the situation one cannot foresee any difficulties whatsoever. The learned Ulemas of our society are all out for the Arabic languages. The youths for many reasons are in support of the Arabic language. The generality of Muslims on account of their affection for Islam are keen to promote Arabic language. In that sense, one cannot be faint hearted but must be determined to implement the Resolution adopted unanimously at the All Island Conference of Muslims for the promotion of Arabic language in Sri Lanka notwithstanding any impediments. No nation grows to any heights without men of vision.

On Saturday the 24th of November 1979, a whole day conferences of Muslims from different parts of the country convened under the auspices of the Organization for the Promotion of Arabic language in Sri Lanka by the following, namely:

At this conference the following resolution moved by Mr. A.M. Ameen, Director General of the Islamic Secretariat was unanimously adopted:

“Whereas the Arabic Language is sacred to the Muslims being the language of the Holy Qur’an,

And whereas the Arabic is a force uniting the Muslims all over the World.

And whereas Arabic language has assumed in the modern World a status of very great importance,

And whereas a better understanding, will foster cordial relations and establish a closer link with our country and the peoples of the extensive Arab speaking lands in the World,

Share
Previous Muslim researcher,historian Mohideen passes away
Next A slice of political life by AJITH SAMARANAYAKE 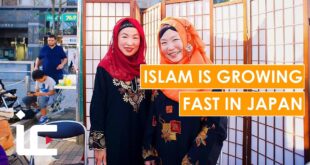 How a growing number of Muslims are making Japan their home 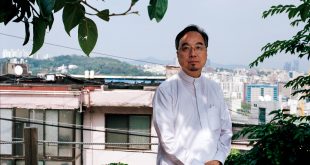 The number of Muslims in South Korea is estimated to be around 100,000, including foreigners.

This list is intended to be a quick guide to some beneficial things that can, …