Jawahir “JJ” Roble is so dedicated to her career as a football referee she has “cut down” on her consumption of chicken nuggets in favour of “good food, like avocados.” It is, apparently, a hardship for the 26-year-old. It is this type of sacrifice which epitomises Roble’s journey to become Britain’s first female, hijab-wearing football referee.

Roble trains seven days a week, splitting her time between jogging, weightlifting and running fitness classes for local women. She also spends hours reviewing football matches and studying how the referees position themselves, stay alert and control the game.

At the moment she is refereeing at a semi-professional level, but her sights are set on the upper echelons of British football. “I want to go to the top,” explains Somali-born Roble. “I want to referee in the Women’s Super League (WSL) or the Men’s English Premier League one day.”

Her clear-cut career goals and determined attitude could easily deceive, but her journey into the male-dominated world of British football has been much more difficult than it seems. Until recently, for example, Roble’s parents held strictly conservative cultural views and thought that, as a hijabi Muslim girl, she should not be playing football.

“My parents were embarrassed”, she tells me. “They couldn’t understand why their daughter wanted to play football because they thought it was a men’s sport. They kept saying how they wanted me to stay at home and be a ‘normal’ girl.”

Roble believes that her parents thought, and maybe hoped, that she would grow out of football after the family moved to Britain in 2004; that once in London the overwhelming world of English football might frighten the Somali youngster. Or that the lack of black, Muslim or female representation in the sport might intimidate her.

However, she actually credits these factors with propelling her towards a career in football refereeing and insists that the current lack of representation does not worry her, but drives her forward. “It doesn’t worry me because I know I want to get more girls involved in playing, coaching and refereeing in football.”

She believes that this is important because lots of girls aged 15 and 16 can be lazy. “You have to go to them with open arms and make them feel important to the team otherwise they stop playing and it’s such a loss, because many are so good.”

Running school sessions in London, Roble uses her own story to encourage girls to get involved with the sport and to keep playing after they turn 18. She lets them know that she fell in love with football as a youngster in Somalia. Football, she points out, was a conduit for communication with her London classmates when she was still unable to speak English fluently.

Roble was a self-declared rebellious teen who refused to give up when her parents tried to discourage her from playing football. She opted instead to deceive them and keep training.

“I remember telling my parents that I was having extra English lessons after school, when actually I was playing football… At one point, I felt like I was lying to them about everything. Football was the one thing in my life that my parents knew absolutely nothing about.”

Eventually, however, Roble’s parents discovered her deceit when the then-16 year old kept coming home late from school covered in mud and slightly sweaty. “I think they just sensed it. I was coming home late for no reason, looking like I’d been playing sport and the random excuses I was giving no longer made any sense.”

This landed her in hot water, and forced her to quit playing football. Disheartened but undeterred, however, she turned to coaching as “the only way to stay involved in football” and quickly qualified as a level 2 instructor. Months later, Roble was invited to referee a game for the first time and insists that she has never looked back.

Slowly but surely she has managed to earn the acceptance, respect and admiration of her friends and relatives, and is working on normalising the idea of Muslim women playing, coaching and refereeing football. “It’s all about the mindset. Once the parents accept the idea of girls doing sport, they start pushing their daughters to go for walks or to the gym, to do exercise.”

Jawahir Roble now runs a fitness class for her female neighbours, and believes that attitudes are changing. “I never had my parents’ support. I had to do everything on my own and it was hard. I couldn’t go home and tell them how my training session went, or if I scored any goals. Things have changed now. My parents and siblings are proud of me and they always ask how my game was and if I had to give out any yellow or red cards. I feel accepted and it’s so refreshing.”

Previous World’s first hijabi skater: ‘I want to show the world that our women are powerful’
Next Cremating COVID-19 remains will stay: No changes in experts’ decision: Health Minister 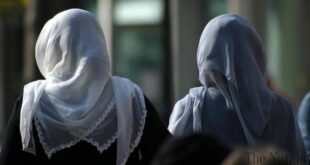 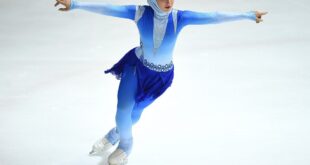 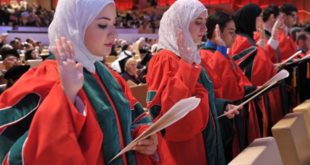 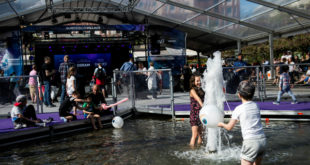 Sweden stirs debate with women-only swimming, in nod to Muslims

MODELS OF THOUGHT As Muslims become a larger part of Swedish society, some municipal pools …