It is a year since the demise of Dr.M.A.M.Shukri, one of the greatest scholars the Sri Lankan Muslim community has produced. Dr.Shukri was more than just a scholar of Islam, he was a man of many facets who served as the director of an Islamic academic institution that produced some remarkable men, a mentor to a younger generation of scholars with a balanced view of religion and a livewire of various organisations to which he contributed immensely with his vast knowledge and experience. Men like him are very few.

I first got to know Dr.Shukri as a Director of the First Global Group which I served as the editor of Islamic Finance Today magazine and of which he was a member of the editorial board. Despite all his achievements, he remained one of the most simplest and humblest of men, the salt of the earth, so to say. I always wondered how one man could have contributed so much to the enhancement of knowledge and was also deeply saddened by the fact that many of his writings contributed to learned journals over the years had not reached the ordinary public. I convinced him to release these in the form of a book which I was only too glad to help him put together, The Mind’s Eye. Musings and Reflections of Dr. M.A.M. Shukri, a veritable treasury of knowledge from an Islamic perspective covering everything from archaeology and literature to human rights and the relationship between man and nature.

The extreme simplicity and yet at the same time the immense profundity he imparted to his writings always struck me as the work of a very high and sophisticated mind that knew how to present even the most complex arguments in the most simplest possible language. If this proved one thing- it was his firm grasp of the topics he dealt with. Dr.Shukri had after all majored in Islamic Philosophy with a focus on the mystical Sufi treatise Qut Al Quloob for which he received his PhD from the University of Edinburgh following a Commonwealth Scholarship, no mean achievement for a man hailing from the southern town of Matara.

However this was only one aspect of Dr.Shukri’s many facets. His most notable contribution to the community and the country was his role in the development of Naleemiah Institute set up in Beruwala in 1973 by M.I.M.Naleem, a well meaning philanthropist who had come up with the brightest idea possible to enhance the quality of Muslim academia in the country. This was to set up a university cum seminary which would impart a sound and balanced Islamic education while at the same time equipping its graduates with secular professional knowledge in every possible area they chose to make a living of. The revolutionary idea of maintaining a balance between the Islamic life and the needs of the modern world attracted many young men to this hallowed institution. When they passed out, they did remarkably well as both Islamic scholars and professionals and to this day play a very prominent role in various government bodies and private organisations.

It was thanks to Dr.Shukri’s guidance as the Director of Naleemiah that it rose to its peak, attracting the most intelligent young men of the community as students, enlisting the services of the most erudite teachers from both here and overseas and gaining nationwide and worldwide recognition for its study courses.  Not surprisingly he served in this capacity for nearly forty years, which itself speaks volumes of his contribution to this institution. It was also in this capacity that he convened a symposium of renowned historians to research on the history of the Muslim community of Sri Lanka at a time when there existed an immense void. The initiative led to one of the best books ever to document the history of the community- Muslims of Sri Lanka: Avenues to Antiquity.

Dr.Shukri also served in the boards of many other organisations including in the board of directors of the country’s pioneering Islamic outreach organisation, Centre for Islamic Studies where he played a very important role in its early years. The very presence of so distinguished a character in itself  was sufficient to give a fillip to the many organisations he kindly consented to be in, greatly helping them to fulfill their purpose and mission.  Such was the man. His charisma, knowledge and most importantly his utter humility rubbed on everybody who knew him.

May Almighty Allah have mercy on his soul and grant him Jannatul Firdaus. 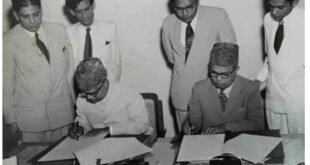 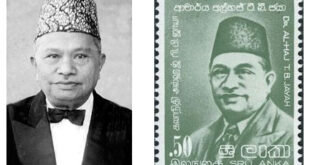 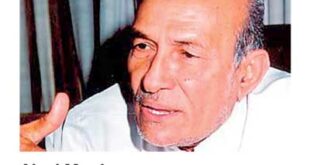 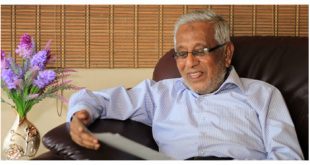