It gives me great pleasure to say few words on behalf of my cousin Al-Hadj Zam Refai. He needs no introduction as he is well known and popular especially among the poor and needy. He hails from Beruwela and married and settled down in Colombo. His father was the first Muslim Urban District Council Member for Beruwela. He was much devoted to social services and much interested in providing education. He was the one who donated the land to build first Muslim Girls School in Maradana Beruwela. Helping the needy specially for education runs in Refai family and more so in his blood. He genuinely believes in the divine revelation that ‘more you give more you get’

Education is of prime importance for any community. Muslims being traditionally traders had neglected the education and today more than 70% of the Muslims are poor. Majority of this percentage are below poverty level and is on the increase. Only education can minimize it at least stop from further increase. The importance of both education and knowledge are much stressed in both Quran and Sunnah. The first word to reveal from the Creator is ‘Read’ Further our beloved prophet Mohammed SAW stressed the importance of education by asking the believers ‘ Go even to China in seeking knowledge’. This means not only the distance but also face all difficulties to achieve the knowledge. Having realize the difficulties to achieve the knowledge, Refai Hadjiar has taken the challenge to ease it by providing the facilities which are lacking in Muslim Schools. He has built schools in Beruwela, Alutgama, Maggona and Colombo. Today we are laying the foundation for the ninth building and have agreed to build two more in Colombo making a total of four. He not only provides buildings but any assistance required to improve the education in the form of allowance, facilities for teachers and students.  In adition to schools he is much interested in providing houses for needy. He has built over forty houses in Beruwela and Gintota in addition to helping the Tsunami victims in Beruwela, He also building one hundred houses for the refugees in Mannar

When he was ill about few years ago he was asking all of us around him to help to purchase the land for Khairiya School. On his recovery he found that the land was donated by HE President and his involvement not necessary. However Senior Minister Fowzie and his son Former Provincial Council Member persuaded Refai Hajiar to build on completion of commitment at Fatima Vidayalaya. Alhamdulillah today  it is becoming a reality.

The proposed building is four storey –Ground plus three- will occupy most of the land. It will house an auditorium and will have 23 class rooms. The construction itself will be difficult due to prevailing soil conditions and much higher water table. All the poor soil will be removed for a depth of ten feet and will be filled with crushed granular, to improve the bearing capacity. The structural design was done by engineer Laksiri Cooray and the Architectural drawings were done Ministry Engineer Mrs Batugethera.

Construction will be carried out under direct administration of ZAMGEMS by in house contractor Suda Bass.  We will need the assistance of both Minister Fowzi and his son Nowzer to close the road when necessary, especially in the night,  to pour the concrete due to restricted area available for construction.

The Principal has given us the assurance she will increase performance at GCE(O) and (A) level double fold and will soon produce the first Medical student Insha Allah. This is not possible unless we have the corporation and assistance of both staff and students. Above all, they need the encouragement and involvement of the parents. We also need the support of the old girls in all possible forms. Once we achieve the desired results it should be maintained. As per golden words of late AMA Azeez, former Principal of Zahira College ‘It is easy to attain but difficult to maintain’ Hence we need to work harder to maintain the achievements Insha Allah 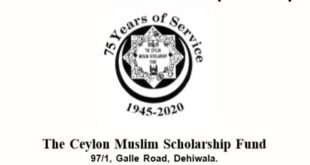 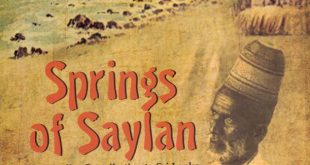 Springs of Saylan: The Muslim Contribution to Sri Lanka by Asiff Hussein 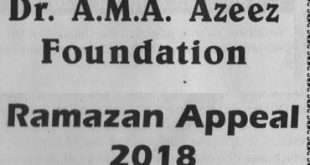